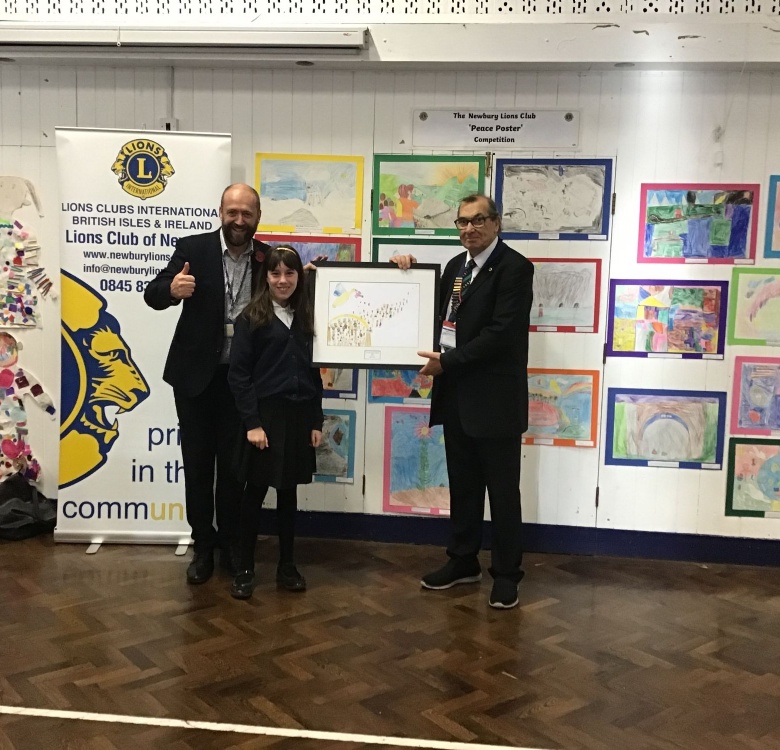 Skylar being presented with a framed print of her winning work

Lions Clubs International (LCI) was founded in 1917 by Melvin Jones and a couple of buddies who were motivated to help the less well-off within their community in the USA. Today LCI is the world's largest voluntary organisation, with more than 1.5 million members in over 48,000 clubs serving in 207 countries and geographic areas. The association is both non-political and non-sectarian. Lions Clubs are a network of men and women who work together to answer the needs that challenge communities across the world.

In 1945 LCI members were invited to help draft the United Nations (UN) Charter and since then Lions Clubs have had a close affinity to the UN, particularly with its UNICEF work.

For over three decades, Lions Clubs around the globe have been sponsoring the Lions International Peace Poster Competition.  This very special art contest in schools and youth groups gives children everywhere the chance to express their visions of peace and inspire the world through art and creativity. The competition challenges them to think about peace and then visually communicate their thoughts and ideas through their artwork.

Newbury Lions Club, celebrating 50 years’ service this year, has sponsored Castle School’s entries to this event with the winner’s and other vouchers sponsored by a local children’s charity, Children First International: but all the hard work has been done by the children themselves ably supported by Mrs Renée Richardson, Castle School’s Art Teacher.

The winner of this local round will go forward to the Lions District judging where it will be judged alongside entries from other Lions clubs within the same District who may have sponsored entries. The District winning artwork will then go forward to the Lions Multi-District judging where it will be judged alongside the corresponding winning entries from the other 7 Districts. Finally, the winning artwork there will be sent to the USA where the ultimate winner will be announced in 2020 at the UN HQ in New York.

I am proud and delighted that Castle School has participated in this year’s competition under the theme ‘Journey of Peace’ and the children have shown their creativity in responding to the challenge in such unique artwork that show their individual talents giving their views of ‘Peace’.

Although there can be only one Winner, it is clear that all the children whose artwork has been judged can call themselves ‘Winners’, and this is reflected in each child being awarded a Certificate of Merit. However, for the purposes of this competition the Judges had to select a winner and that is Skylar, whose artwork, in her own words depict: ’The Dove spreads love over the people who are sad. The people have travelled a long way to find happiness. Finally, with the Dove’s help they can be happy in the new world’. Congratulations to Skylar. Here is Skylar's picture: 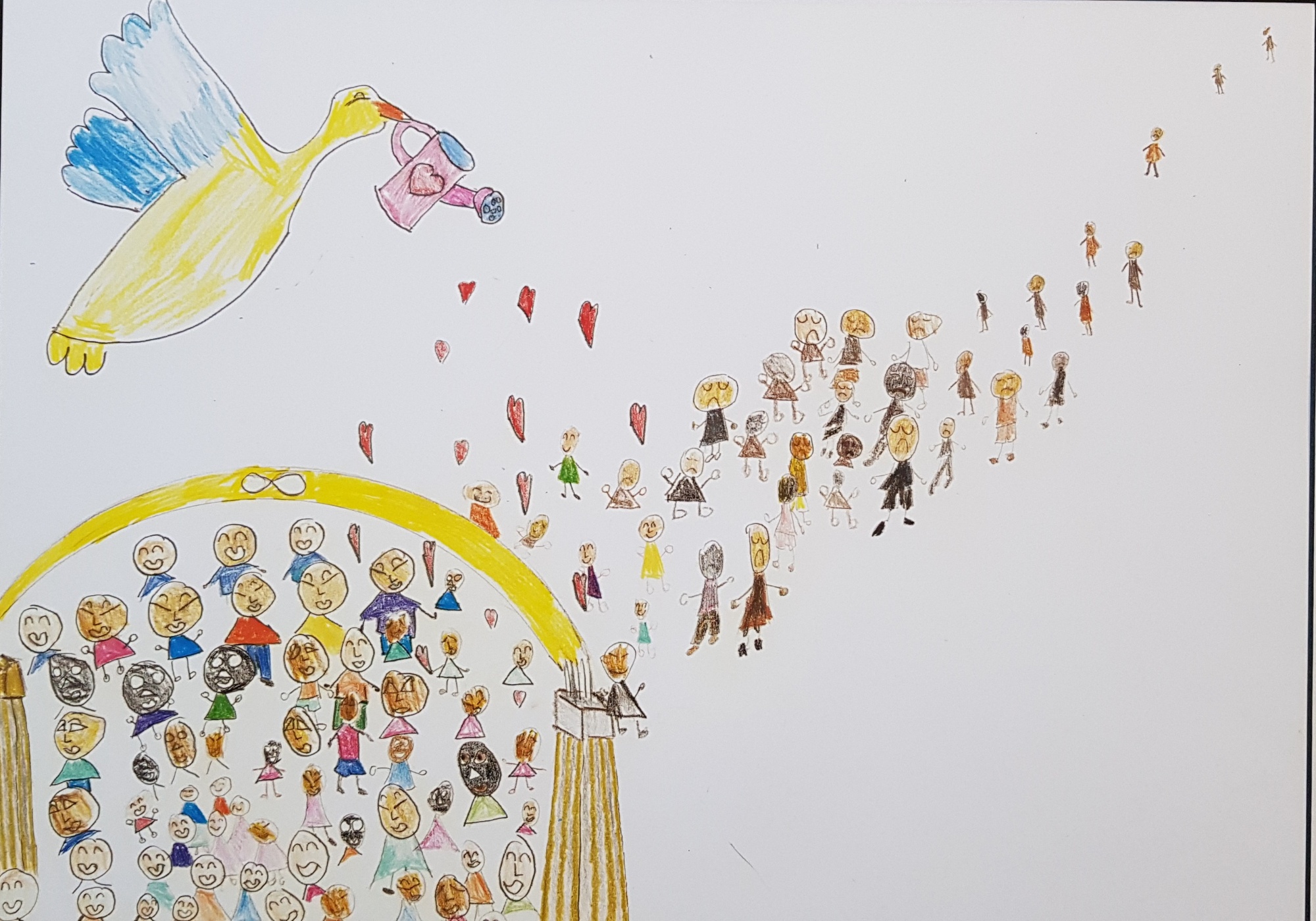 Instead of having second and third places the Judges selected three ‘Runners-up’ - Zac  and Troy, and three others that they wanted to mention, Daniil, Aiden and Connor.

Every mum and dad here today to see their child receive a certificate should be proud of their child and their achievements.

Newbury Lions Club would like to thank the Headteacher of Castle School, Jon Hewitt, for allowing the school to participate in the competition and give a special mention to Mrs Renée Richardson for her time, patience and enthusiasm for helping the children achieve what we can see here today.